A Biography of Pastor Jeff

Rev. Jeffrey T. Fartro  was born in Pittsburgh, Pennsylvania and grew up in Houston, Pennsylvania, a small town 20 miles south of Pittsburgh. During high school and for several years beyond, he worked in the computer software industry, employed by a company now known as Ansys, Inc. The company produces an industry-leading software package used for mechanical and civil engineering applications. After many years of secular employment, he sensed the call to ministry, returned to school, and graduated from Calvin College in 1996 with a B.A. in Philosophy and Classical Languages, and, in 2001, he received a Master of Divinity (M.Div.) from Greenville Presbyterian Theological Seminary in Greenville, South Carolina. While in seminary, he met his wife Lynn, a native of Concord, California and a graduate of Bob Jones University (B.A., Elementary Education and Art; M.A., Biblical Counseling). Jeff and Lynn were married in 1998.

Pastor Fartro comes from a checkered spiritual background.  Raised in a home with a Methodist mother and a Roman Catholic father, he became a Christian while in high school through the influence of the parachurch organization Youth for Christ (YFC).  Shortly after his conversion to Christ, he was briefly involved with a Pentecostal church. When, in his mid-twenties, he read for the first time the Westminster Confession of Faith, he became convinced that the Reformed faith was the purest expression of biblical Christianity. He then joined the Orthodox Presbyterian Church (OPC), the church where he had membership from 1991 to 2007.

His first pastoral call was to an OPC congregation in Cherry Hill, New Jersey (2002-2005). In that call, Rev. Fartro strove to make the Reformed faith understandable by developing an extensive Inquirers’ Class, a class he still teaches regularly. He also preaches mostly expositional sermons through books of the Bible using the original languages, and he visits church members in their homes regularly.  From 2006 to mid-2007, Rev. Fartro served as the interim minister for Christ Presbyterian Church in Elkton, Maryland. During that time, Rev. Fartro assisted the congregation in finding and joining a denomination. He was then called in July 2007 to be the second Senior Pastor of Westminster Presbyterian Church.  That church was the predecessor to the independent congregation Pleasant Valley Presbyterian Church.  Rev. Fartro, however, maintains membership and accountability to the Presbyterian Church in America (PCA), one of the largest Presbyterian churches in the United States, as a minister of its Regional Church of Ohio.

Pastor Fartro enjoys biking with his family on the many miles of trails in the Cleveland community, playing board games such as Risk, and visiting his father in Washington, Pennsylvania, as well as seeing his in-laws in the San Francisco Bay Area.  Rev. Fartro and his wife Lynn have two young sons--Leeland (11) and James (9). Their third child--Sarabeth--was born in September of 2008.

Rev. Fartro’s special ministerial interests include New Testament Greek, family ministry, peacemaking, relational wisdom, and apologetics (the art of giving a rationale for faith).  He hopes to become a Certified Peacemaker and a Relational Wisdom Instructor sometime in the next few years. 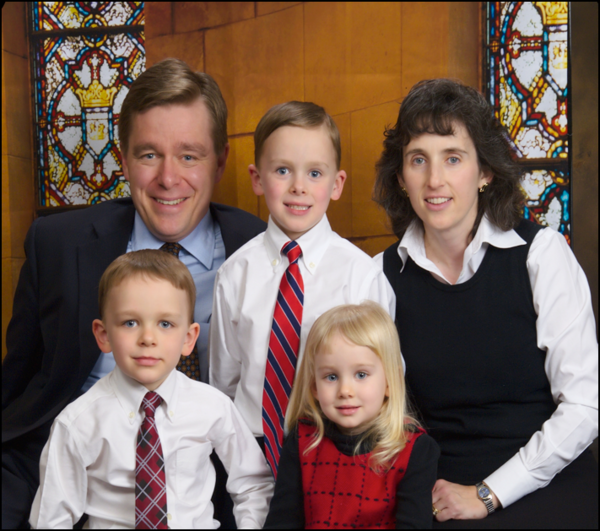